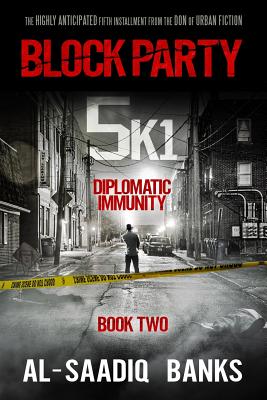 One of the most vicious gangsters to ever walk the streets of Newark is free to roam again after serving a 15 year prison sentence. Respected and feared by all, and loved by only a few, the Black Charles Manson was sentenced to death by lethal injection after his conviction for a trail of gruesome murders. The streets were finally able to breathe freely, believing that he would die in prison. His fate was sealed - until he met another Newark legend, the notorious kingpin, the Mayor. The Mayor controlled a great percentage of Newark's heroin trade for only five years as a free man, but as a Federal prisoner, he managed to control that trade for over a decade and a half. From behind bars, the Mayor spent over a quarter of a million dollars cash to secure Manson's freedom. In return for the funding, Manson offered his lifesaver control of his army to use at his disposal. Once the Mayor was finally released, Manson submitted his army over to him as promised. With the Mayor's high quality heroin coupled with Manson's army behind him, they had the perfect recipe for success. Manson issued strict orders for his army to provide 24-hour protection over the Mayor. Somehow his orders were disregarded and the Mayor was assassinated. How or by whom, Manson has not a clue. For years he's sat in prison praying he could get back on the streets to get revenge. Now, his prayers have been answered. As a free man, Manson discovers the code of the streets have changed drastically, and the hit on the Mayor came from within Manson's own camp. A man on a mission; will he track the murderer down and have his revenge, or will he be devoured by the new era of gangsters and meet the same fate as the Mayor? VOLUME 2
Reviews from Goodreads.com