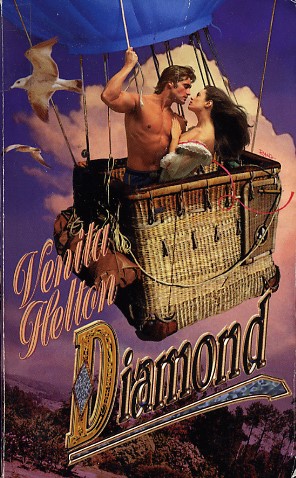 A loyal Confederate, Rafael Lafitte had almost completed his assignment to obtain a precious diamond and thwart the rampaging Union army. But terribly wounded, Rafe staggered back to Huntsville, Alabama, and into the arms of Lizzy McCord. Though it had been seven long years since he'd left her, the fiery inventor was still the most precious jewel he'd ever seen.

When the handsome Louisianan collapsed at her feet, Lizzy's first thought was to let him die. But against her better judgement, the head-strong beauty helped him escape from her Yankee-occupied town. As they soared toward freedom in her hot air balloon, Lizzy found it difficult to tell if the explosions around them were from enemy gunfire or from Rafe's fiery kisses. There, in the sky, Rafe showed her the heights of ecstasy, and Lizzy knew this ride would yield the adventure -- and the love -- of a lifetime.