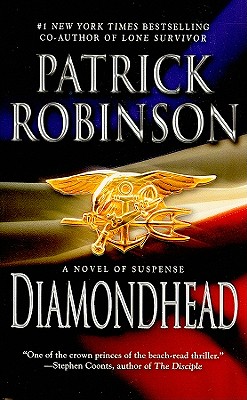 Share:
When Navy SEAL Mack Bedford's fellow officers are brutally killed by Iraqi insurgents using a devastating, new anti-tank Diamondhead missile, Mack avenges their murders by gunning down the then unarmed attackers, ultimately getting himself court-martialed and kicked out of the Navy in the process. To make matters worse, Mack then learns that the Diamondhead missiles were sold illegally by French industrialist and infamous politician Henri Foche. Mack suspects that Foche will succeed in his campaign to become the next French President, and fears that his election will result in the spread of international terrorism.
In addition, Mack has a gravely ill son whose life can only be saved by an experimental and unaffordable foreign medical procedure. So when the town's shipbuilding magnate asks Mack to help assassinate Henri Foche, Mack finds himself agreeing. His reward is a chance at survival for both his son and his hometown.