Diamond in the Rough — Doris Parmett 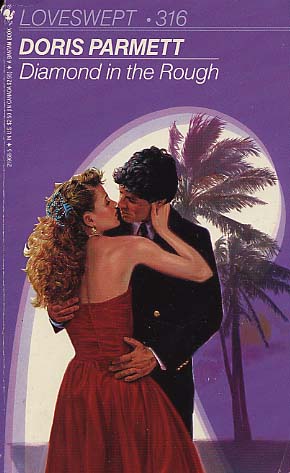 When a handsome stranger forced his way into Millie Gordon's car and claimed shed crashed his stakeout, she believed there was danger-but not from the crooks! It wasn't panic but passion that filled her when Detective Dan Murdock pulled her into his arms and scorched her senses with hot, fierce kisses that convinced her shed been struck by lightning. He'd thrown his body over Millie's to protect her -- just doing his job -- but he'd stayed there for himself, seduced by the sweet fire of a blue-eyed vixen whose body had sizzled under his. Millie claimed it was hormones, lust, anything but real longing for a man to make her feel alive again. But when she insisted on riding as his partner and putting Dan in her book of unsung heroes, Millie knew she was courting trouble. Could the lawman capture his lady's heart by taking a shot at love?
Reviews from Goodreads.com