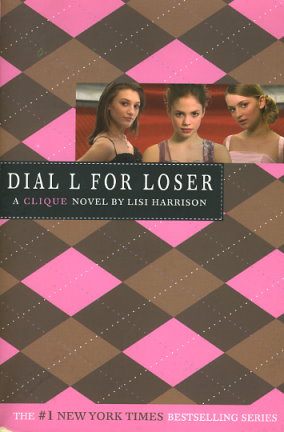 Massie Block: The Pretty Committee is this close to begging Principal Burns to readmit them to O.C.D. when movie director Rupert Mann invites the girls to audition for his new teen blockbuster--Dial L for Loser. Massie packs her straight-leg velvet Sevens, ties her new hair extensions in a high pony, and heads off to L.A. with her friends, on the studio's ah-mazing private jet. But when they arrive on set, everyone starts treating Claire like she's the star. Dial W for What the . . . ?!

Kristen Gregory: Parents have her grounded in Westchester while her friends are off glamming it up. But so what? She has the Briarwood boys to keep her company, including "certain people's" crushes .. .

Alicia Rivera: Doing the morning announcements at O.C.D. was great preparation for her latest gig--being a movie-set correspondent on The Daily Grind.

Dylan Marvil: On a new all-bran diet. Good thing she wasn't invited to L.A. since she needs to spend most of her time running to the bathroom.

Claire Lyons: Snags a starring role. Befriends a hot teen starlet. Is invited into a world of extreme fabulousness--she goes to glitzy parties, gets her picture in lots of magazines, and receives dozens of free pairs of Keds. She's living the dream! But what happens when Cam catches Claire kissing a Hollywood hottie?
Reviews from Goodreads.com