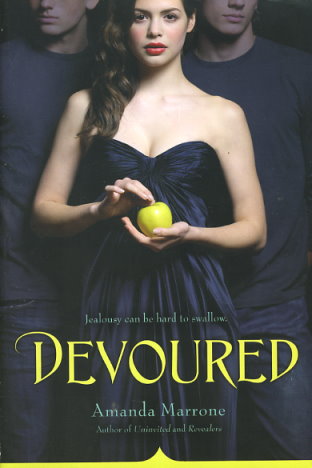 Megan has been haunted by the ghost of her twin sister, Remy, since the accident nine years ago. Megan doesn't want anyone to think she's crazy, so she keeps this little "talent" to herself. But when she meets Luke at her summer job and discovers he can see ghosts too, she's thrilled. Finally, someone who can relate . . . and, even better, can possibly help Remy move on. Megan's not even worried about the fact that Luke's supercute and nice, because of course she's totally into her boyfriend (even though he's been spending way too much time with another girl). And she definitely didn't mean to kiss Luke (especially since her friend has a thing for him). Messy much?

But when the visions Remy haunts Megan with get crazy violent, Megan must turn to Luke to figure out what her twin is trying to say. Because someone's definitely in danger ... she's just not sure who.