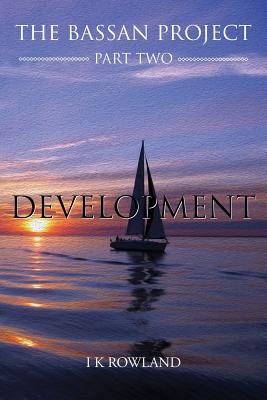 
Kieran successfully completes his formal sailing courses during which he befriends a young undergraduate, Rick. Friendships also develop with two of the course instructors, Chris and Gene, and Gene's son, Paul, together with their wives, Laura and Sarah. Wil and Kieran, helped by Rick and Paul, embark on a couple of week-end promotions at the Penaeon Sailing Club which are very successful. They bring Paul and Rick to the attention to Sir Peter Mason, with very gratifying results. The demonstrations involve considerable evening socialising at the sailing club, where Wil and Kieran effectively act as salesmen for Navasea Yachts. Orders received include the renewal of the sailing school's fleet which is subsequently thrown into doubt when administration, personnel and maintenance problems at the school become known. The models of Kieran's design are completed and assembled at a remote site for inspection by Sheikh Hannad and Sir Peter, after which they are re-packed and held at the modelmakers' studio until required. The Goodun Too is then sailed to Jersey, where Wil receives a commission to design and build a one-off yacht for a wealthy banker friend of the Sheikh. Sir Peter asks Kieran to deliver the files of the decoy scheme to him at an hotel. On arrival Kieran finds not only Sir Peter but also Hugo White, Mr Giannacopulos and Mr Reginald Davidson. He places the memory stick on a table, angrily denounces Sir Peter's betrayal and furiously leaves the room. Davidson is ordered to bring Kieran back but is tripped up on the outside pavement, resulting in a visit to the A&E department of a hospital. Kieran later discovers that Sir Peter's meeting with the other three men is all part of a much larger deception. He receives a phone call from Sir Peter because the decoy file is protected with multiple passwords. Kieran refuses to disclose them over the telephone and arranges for them to be collected from his flat by a courier that same evening. When the courier arrives he is assaulted and the envelope containing the passwords is stolen. It subsequently reaches Mr Giannacopulos who is still meeting with Sir Peter and Hugo White. The three men then discover that the passwords are hidden within a full page of newsprint. A further call to Kieran obtains the key to the location of the various password symbols within the page. The assault on the courier alarms Sheikh Hannad who subsequently takes Wasim and Sir Peter on a day's sailing with Wil and Kieran. During the trip they discuss the possibility of sailing the Goodun to the south of France. On return to London firm arrangements for such a voyage are put in place.