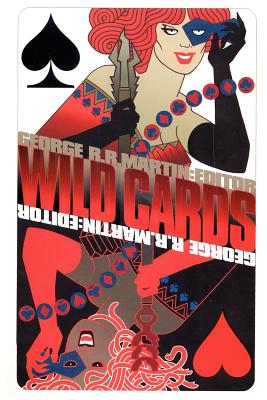 Share:
On September 15, 1946, a biological weapon created by an alien race was accidentally detonated above the streets of New York City, killing countless numbers of men, women, and children. But those who survived the initial explosion soon began to wish they had died also, once they discovered they had been forever mutated by the virus unleashed in the blast? Set in an alternate, shared-world universe, Deuces Down is the one place you'll find such never-before-told tales as John J. Miller's exciting 1969 World Series between the Baltimore Orioles and the Brooklyn Dodgers; Michael Cassutt's first moon landing, when the whole world wasn't watching; Walter Simon's Great New York City Blackout of 1977; Melinda M. Snodgrass's account of Grace Kelly's mysterious disappearance during the filming of the French Lieutenant's Woman. It's a strange and terrifying world, where anything can happen. A world of Wild Cards.