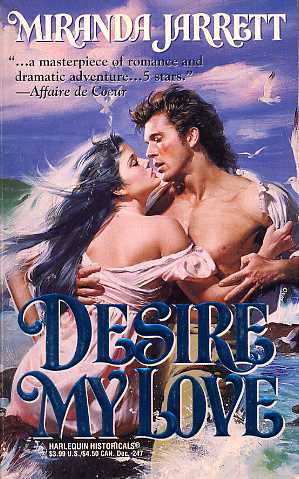 Desire Sparhawk
knew that the only good Englishman was a dead one. The mere sight of a hated British uniform was enough to freeze her blood. Yet the golden countenance of Captain Jack Herendon had set fire to her veins.

Jack Herendon
had never expected that his enemy would possess such a rare mix of beauty and bravery, or a passion to match his own. Indeed, Desire was the woman of his dream . . . and the woman it was his duty to betray!
Reviews from Goodreads.com