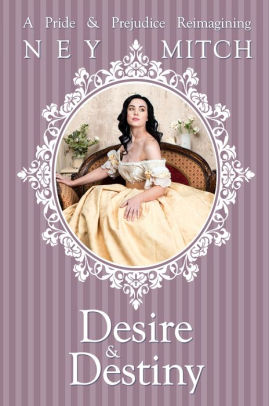 Share:
The love between Mr. Darcy and Elizabeth Bennet is timeless... but also influential. Elizabeth's mother, Mrs. Bennet, is a deliciously interesting character. Among her many flaws, she often doesn't speak with tact, and was once notorious for assuming that Elizabeth would be the perfect wife to Mr. Collins! Dear lord, she couldn't have been more in error. Also, when seeing that Jane would make a fortunate match, she rashly said '... that will throw the other girls into the path of other rich men!'. It turns out that she was right, but who would have thought that Elizabeth would be the one to do such. And with Mr. Darcy's and Elizabeth's beautiful match, they throw another Bennet sister into the path of true love. What shall the other Bennet sister do? Mr. Darcy and Lizzy are two lovers that have sparked the interest of readers since 'Pride and Prejudice' was first published over two hundred years ago. And they will go on to intrigue readers for another two centuries at least. Therefore, here comes another path and adventure of theirs. Sometimes, there is no such thing as too many times to see a happy ending get found!