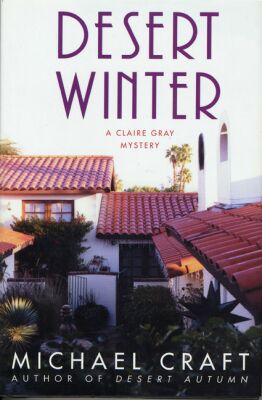 Share:
After 30 some odd years of success as a director on Broadway, Claire Gray has accepted her first academic position - that of a theatrical director at the richly funded Desert Arts College in Palm Springs. Having lived a largely peaceful life in Manhattan, she is stunned to find herself in the midst of the second murder - and murder investigation - in a matter of months in Palm Springs. This time it's a local aged and ailing collector - who frequently lends pieces to local charity events or dramatic productions - found dead shortly after Claire's friend and neighbor Grant Knoll was there. With Grant a suspect in his murder, along with several others with equally good motives for wanting him dead, Claire decides to look into the circumstances of his unfortunate death.