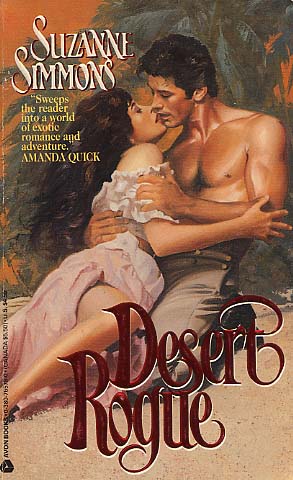 Share:
Lady Elizabeth Guest is hoping for a Grand Adventure when she follows her father to Egypt in search of treasure from the ancient tombs. Glowing with the excitement of the exotic land, she roams the colorful bazaars, unaware that she is being watched...

LORD OF THE DESERT

A smile of devilish delight crosses the bronzed face of Lord Jonathan Wicke as he observes the innocent English beauty. His sacred mission will be a pleasant one. First he will seduce her--marry her if he must. Then he will learn her father's secret plans so he can keep his vow to prevent further desecration of the pharaohs' tombs.

But the notorious blue-eyed rogue had not bargained for an innocent whose passion flares at his very touch enflaming his own desires and sweeping them both into danger, intrigue, and a battlefield of love as wild and free as the desert and as sacred as the relics of the ancient gods.