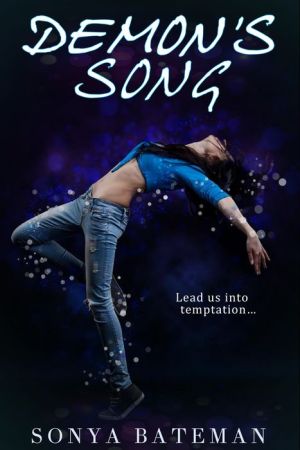 Lead us into temptation.

A demon's job is to corrupt as many souls as possible. But for Jaeryth, there's only one soul, one woman he's interested in: Logan Frost. His obsession with her causes his performance to suffer, so the Prince of Hell strips him of his demonic status and sends him to the mortal realm on one last mission -- turn Logan to Hell’s side, or kill her. An eternity of torture awaits him if he fails.

Logan, a struggling singer and recovering meth addict fresh out of rehab, has no idea she's destined to change the world. She only wants to survive. But she's hallucinating not-quite-people with solid black eyes that no one else sees -- and when she meets Jaeryth, who can see them too, her instant attraction deepens. Still, something isn't right about this gorgeous stranger who's never tried chocolate and doesn't seem to know how pants work.

As the legions of Hell fight harder to destroy Logan before her powerful influence spreads, Jaeryth will be called upon to make the ultimate sacrifice. Meanwhile, Logan faces an impossible choice: save millions of souls... or the one who matters to her most.
Reviews from Goodreads.com