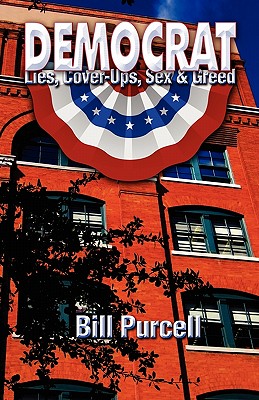 
When I have some spare time, I will be watching TV and some of the things that I will hear are some democrats saying what they can do to make this country better. I am a democrat, and what some have said is so far out of line that even I can tell that they are so full of it that it make me sick. In this book, you will find that some of the people that are talking the loudest, are the ones that have something to hide. As the old saying goes, “Don’t throw stones if you live in a glass house.” What some of the so-called democrats have said, makes them look very bad. Democrats should know what most of the people want to hear about them, or what they will do for this great country, and what the others may not have done. Isn’t it about time that they start acting their age, and stopped all the mud-throwing and name-calling that they have been doing? We all want the best person that we can get to become President. There is no reason for all of the name-calling and the mud-throwing. In this book, you find things out about some of the people that ran, or want to run, for President. Some who became President weren’t as good as people thought they were. Some of the people that are in Congress have said things that are so far off the wall that it should make you wonder just what are we paying some of these people for, and why are they in office? You will find just how much we are paying them, and what some of the people in Congress are really doing with our tax money. Some have been in Congress so long that they know whom to go to and what to do to get money for their states. Money that could go to better causes.