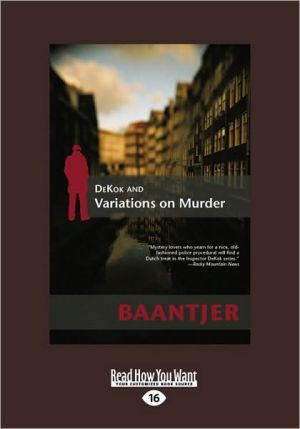 ''There are touches of the 87th Precinct, Maigret, and Janwillem de Wetering, but Baantjer is in a category all his own.'' - The Globe and Mail..... As has been her habit since the death of her husband, the eccentric Marlies van Haesbergen does nightly rounds in the large office building where she resides. Her husband had been the building superintendent, and an apartment on the top floor came with the job. During one of her nightly tours, Mrs. van Haesbergen encounters Paul Vreeden, managing director of a multi-national dredging company, in the boardroom. Sitting in his chair at the head of the table, she hastily walks up to him. To her horror, she finds him dead. With the switchboard closed at night, Mrs. van Haesbergen rushes up to her apartment to call someone, but who? Deciding it better to return to the boardroom to examine what exactly happened, she finds the man - the dead man - gone. Wrought with confusion, Mrs. van Haesbergen soon learns that Mr. Vreeden is on holiday in the Bahamas. With unbearable visions of the dead Mr. Vreeden, she turns to Inspector DeKok for help. A.C. Baantjer is the most widely read author in the Netherlands. A former detective inspector of the Amsterdam police, his fictional characters reflect the depth and personality of individuals encountered during his thirty-eight-year career in law enforcement. He was recently knighted by the Dutch monarchy.
Reviews from Goodreads.com 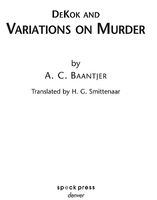