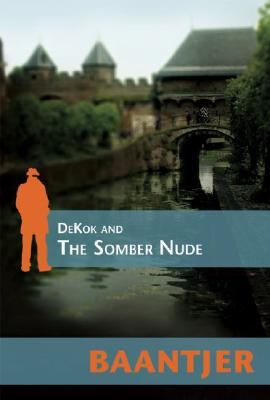 “There are touches of the 87th Precinct, Maigret and Janwillem van de Wetering, but Baantjer is in a category all his own.”—The Globe and Mail
This latest installment of the internationally popular Inspector DeKok series finds the gray sleuth dealing with a most gruesome murder.
The oldest of the four men turned to DeKok, “You’re from homicide?”
DeKok nodded. The seasoned inspector wiped the raindrops from his face, bent down gingerly, and carefully lifted a corner of the canvas. Slowly the head became visible: a severed girl’s head. DeKok felt the blood drain from his face, his stomach turning into an icy cold pit. “Is that all you found?” he asked.
“A little farther,” the man answered with sad disbelief, “is the rest.”
Spread out among the dirt and refuse were the remaining parts of the body: the arms, the long, slender legs, and the petite torso. There was no clothing.
DeKok faces death as an inevitable part of life, but when things turn this macabre, it’s a hard reality to stomach.
A.C. Baantjer is the most widely read author in the Netherlands. He is a former detective inspector of the Amsterdam police, and his fictional characters reflect the depth and personality of individuals encountered during his nearly forty-year career in law enforcement.
Reviews from Goodreads.com