DeKok and the Mask of Death — A.C. Baantjer 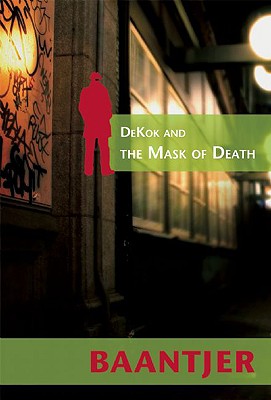 “Baantjer’s laconic, rapid-fire storytelling has spun out a surprisingly complex web of mysteries.”—Kirkus Reviews
“DeKok is a careful, compassionate policeman in the tradition of Maigret; crime fans will enjoy this book.”—Library Journal
In this next book in the popular Inspector DeKok Investigates series, a strange incident leads DeKok to discover the disappearance of a woman from an Amsterdam hospital. Upon further investigation, he is surprised to find that three more women have disappeared in the same mysterious way. The seasoned detective soon finds himself following a trail with many twists and turns, losing his way many times but relying on his usual dogged determination and sharp observation to see him through.
Speck Press is translating and releasing for the first time in the United States all sixty volumes of the Inspector DeKok Investigates series, more than five million copies of which have been sold in the Netherlands and beyond. The riveting mysteries have achieved a large following among readers in Europe and inspired a popular television series, and they continue to receive much international acclaim.
A. C. Baantjer is the most widely read author in the Netherlands. A former detective inspector of the Amsterdam police, his fictional characters reflect the depth and personality of individuals encountered during his thirty-eight-year career in law enforcement. Baantjer holds the honor of being knighted by the Dutch monarchy.
Reviews from Goodreads.com