“Shrewd, compassionate, and dedicated, DeKok makes a formidable opponent for criminals and a worthwhile competitor for the attention of Simenon’s Maigret fans.”—Library Journal
The trail of a recent crime leads Inspector DeKok to Bloedberg (Blood Mountain), Belgium, a neighborhood in Antwerp. It seems a man was fished from the Scheldt River, and DeKok has been summoned to help with the investigation.
At a funeral back in Amsterdam, things are just as murky as the corpse’s river when DeKok discovers a man among the mourners who has been officially dead for at least two years. Events further darken DeKok’s view of the case when the widow of the recently buried victim files a complaint of forgery; her deceased husband’s bank account has been emptied.
DeKok soon finds himself drawn back to Bloedberg, amidst one of the most bizarre and cunning crime syndicates the old, gray sleuth has faced yet.
A.C. Baantjer is the most widely read author in the Netherlands. A former detective inspector of the Amsterdam police, his fictional characters reflect the depth and personality of individuals encountered during his thirty-eight-year career in law enforcement. He was recently knighted by the Dutch monarchy.
Reviews from Goodreads.com 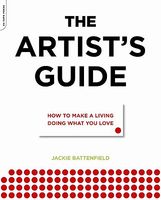