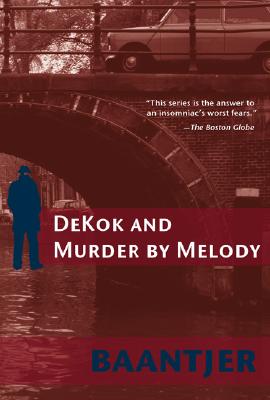 ''Along with such peers as Ed McBain and Georges Simenon, [Baantjer] has created a long-running and uniformly engaging police series. They are smart, suspenseful, and better-crafted than most in the field.'' - Mystery Scene.... ''Death,'' observes DeKok, ''is entitled to our respect. Especially when it manifests itself in a violent manner.'' The phenomenon of sudden death has long intrigued Inspector DeKok. From the moment he confronted his first corpse, at the beginning of a very long career, he knew it was never going to get any easier. The numbness will never set in, even after solving many mysteries, bringing to light many dark dealings and unraveling many a puzzle. For DeKok, death will always remain an enigma. Inspector DeKok finds himself in the midst of outwardly disparate motives and personalities surrounding the deaths of two ex-junkies and their former-prostitute landlady. However, there is one connection in the madness, music threads its way among and around the list of suspects and victims. But finding the trail leading to this melodious murderer is as long as a symphonic masterpiece.
Reviews from Goodreads.com