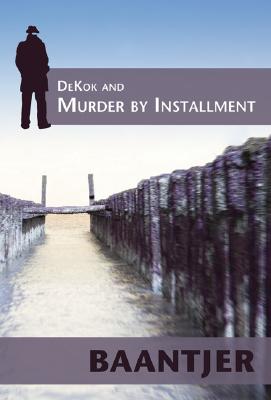 “Shrewd, compassionate, and dedicated, DeKok makes a formidable opponent for criminals and a worthwhile competitor for the attention of Simenon’s Maigret fans.”—Library Journal

“It’s easy to understand the appeal of Amsterdam police detective DeKok; he hides his intelligence behind a phlegmatic demeanor, like an old dog that lazes by the fireplace and only shows his teeth when the house is threatened.”—Los Angeles Times

Although at first it seemed to be a case for the narcotics division, this latest crime soon evolves into a series of sinister and almost impossible murders. Never before have inspectors DeKok and his partner Vledder been so involved in a case in which murder, drug smuggling, and child prostitution are almost daily occurrences.

Blackmail enters the picture, and bodies continue to be found. DeKok even finds himself allowing one of the suspects in the serial crimes to go free.

To darken the days a bit more, in the past a single murder used to dominate the front pages of the newspapers for weeks, but now they get maybe four or six lines on page fourteen, third column, near the bottom. Death has become commonplace in the news, but never for DeKok.
Reviews from Goodreads.com 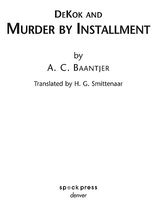