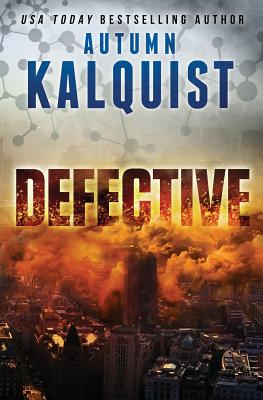 Scientists like Stephen Hawking say life on Earth has an expiration date. It has arrived. Genetic modification. Global warming. Pandemics. Famine. Economic collapse. In the early twenty-first century, governments failed worldwide, and humanity entered a dark age. From the wreckage, the Corporate Coalition rose with new hope for humanity and lofty promises to create a better world for all. One of their first experiments: Protecteds. Genetically modified children, immune to the diseases that wiped out billions. The survivors of the Dark Decades welcomed the Coalition with open arms. Hindsight is 20/20, after all. Now the American South burns, and whispers of another epidemic infect the former United States with fear. But the Coalition is determined to keep the truth hidden at all costs. Bas fights in an underground rebellion. When their top agent goes missing in a mysterious quarantine zone, Bas and his team must: rescue him… or ensure his secrets die with him. Selene and her little brother Eli are hunted by a powerful corporation, and the quarantine has brought soldiers to their doorstep. Selene will do anything necessary to protect her family… but she’d rather die than give up her freedom. Defective is book one of the Fractured Era series.
Reviews from Goodreads.com