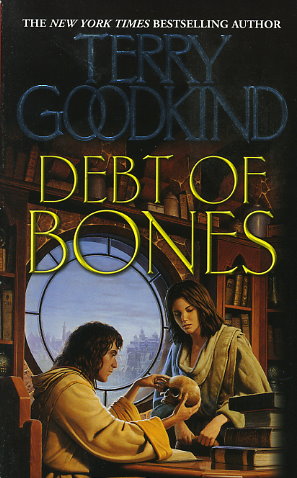 A milestone of storytelling set in the world of The Sword of Truth, Debt of Bones is the story of young Abby's struggle to win the aid of the wizard Zedd Zorander, the most important man alive.

Abby is trapped, not only between both sides of the war, but in a mortal conflict between two powerful men. For Zedd, who commands power most men can only imagine, granting Abby's request would mean forsaking his sacred duty. With the storm of the final battle about to break, both Abby and Zedd are caught in a desperate fight to save the life of a child...but neither can escape the shadow of an ancient betrayal.

With time running out, their only choice may be a debt of bones. The world-for Zedd, for Abby, for everyone-will never again be the same.
Reviews from Goodreads.com