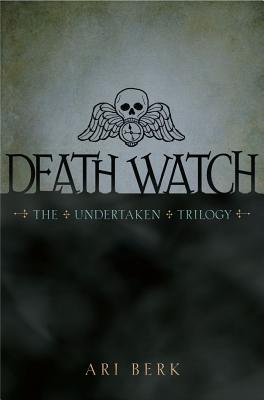 They say the dead should rest in peace. Not all the dead agree.
One night, Silas Umber's father Amos doesn't come home from work. Devastated, Silas learns that his father was no mere mortician but an Undertaker, charged with bringing The Peace to the dead trapped in the Shadowlands, the states of limbo binding spirits to earth. With Amos gone, Silas and his mother have no choice but to return to Lichport, the crumbling seaside town where Silas was born, and move in with Amos's brother, Charles.

Even as Silas eagerly explores his father's town and its many abandoned streets and overgrown cemeteries, he grows increasingly wary of his uncle. There is something not quite right going on in Charles Umber's ornate, museum-like house--something, Silas is sure, that is connected to his father's disappearance. When Silas's search leads him to his father's old office, he comes across a powerful artifact: the Death Watch, a four hundred year old Hadean clock that allows the owner to see the dead.

Death Watch in hand, Silas begins to unearth Lichport's secret history--and discovers that he has taken on his father's mantle as Lichport's Undertaker. Now, Silas must embark on a dangerous path into the Shadowlands to embrace his destiny and discover the truth about his father--no matter the cost.
Critically acclaimed folklorist Ari Berk explores the worlds of the living and the dead, and the relationships between parents and children in a novel steeped in lore, mystery and magic.
Reviews from Goodreads.com