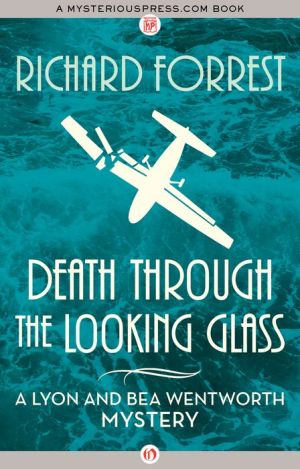 Share:
Children's book author Lyon Wentworth and his wife, Bea, investigate a murder from the vantage of a hot-air balloon in this charming seaside thriller.

For Lyon Wentworth's birthday, his wife, Bea, gives him something spectacular: a custom wicker basket made to fit his prized hot-air balloon. In return, Lyon gives Bea what she wants more than anything else: a promise to end his career as an amateur sleuth and stop risking his neck to solve impossible murders. But promises are hard to keep, and Lyon will be caught up in another mystery before his feet touch the ground.

Lyon is cruising over Long Island Sound when he sees his friend Tom's private plane spewing black smoke. Before he can radio the coast guard, the plane crashes and is swallowed by the waves. Tom was an expert pilot, and Lyon is certain that he wouldn't have made a fatal error. Perhaps the plane was tampered with . . . But when a phone call from Tom comes after his supposed death, Lyon realizes this murder has taken the leap from improbable to impossible.

Richard Forrest's Lyon and Bea Wentworth Mysteries are some of the most intelligent thrillers ever written. As witty and urbane as Dashiell Hammett's Nick and Nora Charles, the Wentworths approach homicide with effortless style.

Death Through the Looking Glass is the 3rd book in the Lyon and Bea Wentworth Mysteries, but you may enjoy reading the series in any order.