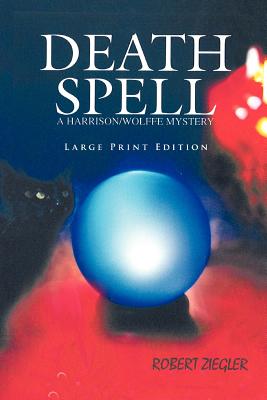 Share:
Private investigators Brandon Harrison and Tina Wolffe never believed in magic, witchcraft, or the occult until a Wiccan witch known as Andreika walks into their office with a case guaranteed to chill their blood. Andreika's half brother has been murdered, but a police investigation determined his death a suicide. Andreika believes that someone hired Golar, an evil warlock, to cast his powerful Death Spell on her brother and tries to convince Harrison and Wolffe of her suspicions. Despite their doubts, the detectives readily agree to take the case. Andreika is very persuasive, or she has cast a spell on the duo Entering a deadly occult world of modern-day witches and warlocks, Harrison and Wolffe encounter a strange assortment of weird suspects, any one of which has motive, opportunity, and desire to hire a wicked warlock as a hit man. But they focus on Golar and follow him into the darkest corners of San Francisco. As their investigation continues, the detectives soon realize that the warlock may have once again cast his Death Spell-and they are his targets.