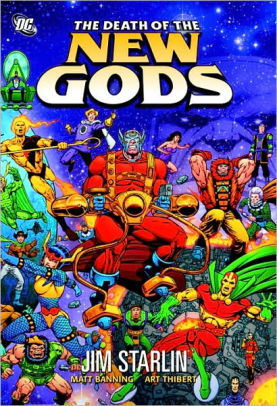 Created by legendary comics creator Jack Kirby, The New Gods are a group of immortal "gods" from the "Fourth World", which consists of the two warring planets New Genesis and Apokolips. The leader of Apokolips is one of DC Comics most feared villains, Darksied. As the New Gods begin to mysteriously die, Superman and New Gods Mister Miracle and Orion struggle to discover who is eliminating the New Gods and what is Darkseid's role. DEATH OF THE NEWS GODS is a major part of DC Comics' weekly event comic "Countdown".
Reviews from Goodreads.com