Death of a Viking ... or ... Drown by the Old Mill Stream — Gerald Anderson 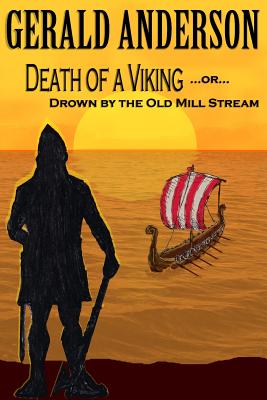 The body of the Eirik the Viking, known far and wide for the quality of his axes that can split a Saxon skull, is found downstream from the old mill. It appears that he was slain by his own weapon. Such a foul deed might not have been rare in eleventh-century Europe, but this is Otter Tail County, Minnesota. Sheriff Palmer Knutson determines it is a case of murder, and the rest of the members of the Viking camp are all suspects. The more he investigates, the more apparent it becomes that the happy band of creative anachronists who had set up their camp by Phelps Mill all had their own reasons for wanting to send Eirik to Valhalla. Almost every weekend during the summer they gather to dress in meticulously designed Viking clothing and armor, and all of the assembled campers have their special skills, including making Viking-era chainmail, knives, weaving, or jewelry. Intrigued by the history of the Norsemen, a young graduate student plans to produce a film about the last Viking, set in the year 1066. In the course of his investigation into the murder, Sheriff Knutson learns a significant amount of the history and myths of Vikings, and using deduction, logic, and finally his heart, he endeavors to solve yet another case.
Reviews from Goodreads.com