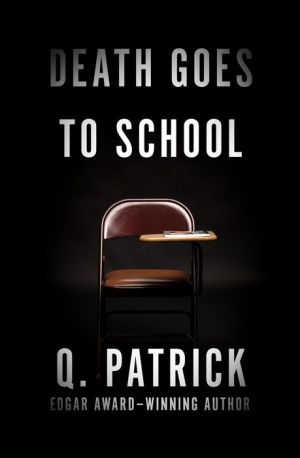 
The Edgar Award–winning author of the Peter Duluth Mysteries (as Patrick Quentin) “keeps the reader guessing” in a mystery set at a British boys’ school (The New York Times).

The lads at Craiglea, a preparatory school on the Bristol Channel, are unimpeachable young men. The faculty? Unflappable. Until a student is found smothered in a linen closet. The son of a controversial American judge, Eric Moss, along with his brother, had already been a victim of a botched kidnapping back in the States. Ironically, they’d been enrolled at Craiglea for their own safety. But if it was an inside job, who did it? The suspects number a staff of sixteen and sixty-eight boys. But one precocious student might know more than he’s letting on . . .