Death and the Maiden — Q. Patrick 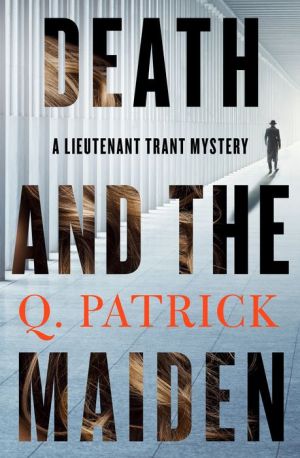 
Lieutenant Trant is on the case in this “fun to read” mystery by the Edgar Award–winning author who wrote the Peter Duluth Mysteries as Patrick Quentin (Kirkus Reviews).

Lee Loverling knew her roommate, Grace, had become somewhat of an enigma. After her father’s suicide and her family’s failed fortunes, Grace had changed into a willful woman whose romantic dalliances bordered on reckless—and whose moods had become almost sinister.

But Lee could not have known just how far Grace had fallen until, after a night of fun in New York City, she’s found dead in a river, apparently the victim of murder. All of Wentworth College is abuzz with the tragedy, and Lee is suddenly at the center of an investigation led by the intrepid Lieutenant Trant of the New York Homicide Squad that threatens to expose a great many people—both students and faculty—to the scandals Grace left in her wake.

Working together, Lieutenant Trant and Lee must unravel the tangled web of Grace’s life to uncover the truth behind the young woman’s death.