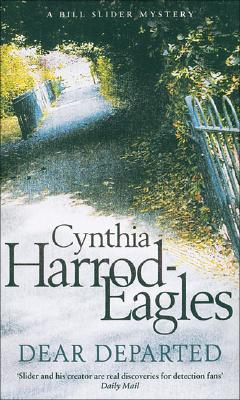 It's Detective Inspector Bill Slider's day off and he had hoped to have some quiet time with Joanna, his pregnant fiancee. But a woman's body is found in the park and he finds himself back to work sooner than he expected. At first glance, it looks as though the woman is the latest victim of the "Park Killer." But it doesn't take Slider and his partner Atherton long to establish that someone else was trying to pass the killing off as the handiwork of the notorious serial killer. This murder doesn't fit the pattern; this one was personal.

The woman's modest income and outlandish lifestyle don't match up. Turning to the two most popular motives---money and passion---Slider and his team turn up some puzzling anomalies in her life, not the least of which is the number of men she took as lovers and the tangled relationships of her family.

In Slider's latest adventure, the prolific and masterful Cynthia Harrod-Eagles draws from her great store of wit and warmth. The good-hearted and delightfully flawed Slider charms readers into accompanying him down any path, no matter how dangerous.
Reviews from Goodreads.com