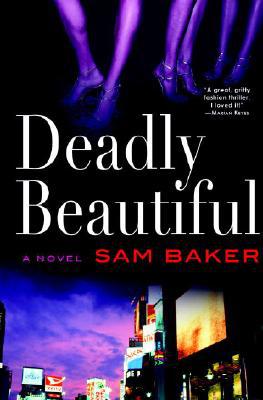 A serial killer with a thirst for young American models-slash-escorts is on the loose in Tokyo, and the local press is all over it. When supermodel Scarlett Ulrich goes missing while on assignment in Japan, an international media frenzy erupts. At a tender age, Scarlett had the face that launched a million album covers, and her career exploded from there. Now, with only a few clues and no body, the authorities wonder if she’s tied to the recent rash of Jack the Ripper-style killings.

Annie Anderson swears that she’s done with investigative reporting. After all, these days she jets off to Paris, Milan, her native London, and, now, New York City for Fashion Week–as a front-row writer for Handbag Magazine. But when Annie learns that Scarlett is actually the half sister of her best friend, she’s on the next plane to the Far East to get the scoop on the missing supermodel.

In the electric metropolis of Tokyo, Annie descends into the gritty, cutthroat underbelly of the international fashion industry to uncover the truth behind Scarlett’s disappearance. But navigating this mysterious territory is riskier than she thought, and she’ll need to watch her fabulously coutured back–because someone out there is dressed to kill. And Annie just might be the next hot number to be knocked off.
Reviews from Goodreads.com