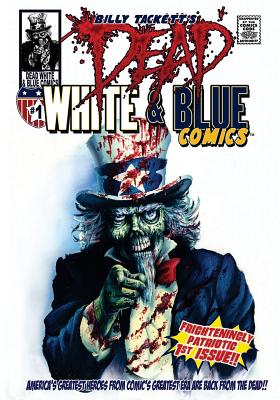 During World War II Sam & The Liberty Corps were a comic book sensation. Every red-blooded American kid followed their monthly adventures in Red White & Blue Comics never knowing their favorite Star Spangled heroes were actually based on real live super powered beings! During the final days of the Great War something went terribly wrong. Sam, along with his partners Fannie and Sarge began to turn into horrific, cannibalistic monsters! They were taken out of service and put into suspended animation. Fast forward to modern day: The evil that Sam & The Liberty Corps battled decades before has returned with a vengeance! Every man, woman and child on Earth are in danger. Our only hope lies with the monsters we once called heroes..
Reviews from Goodreads.com