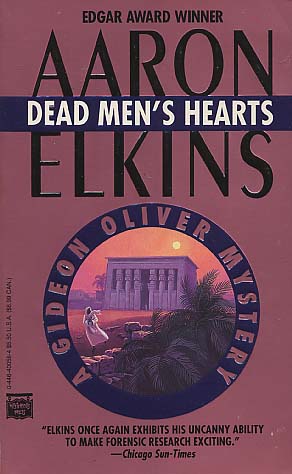 
MYSTERY'S IN HIS BONES

A skeleton tossed on an Egyptian garbage dump is the first mystery to rattle Gideon Oliver as he arrives in the famous Valley of the Nile. There to appear in a documentary film, Gideon and his wife, Julie, expect a luxurious week of movie star treatment. Instead they land in the spotlight when Gideon finds a tantalizing secret in the discarded bones--and violence claims an Egyptologist's life. Plying his calipers as the world's finest forensic anthropologist, Gideon's investigation of the murder leads him into the back alleys of modern Egypt and deep into the Valley of the Kings. As the pieces of a deadly puzzle fall in place, Gideon chillingly discovers that the identifying traits of a cunning killer are timeless: greed without guilt, lies without conscience... and murder without remorse.