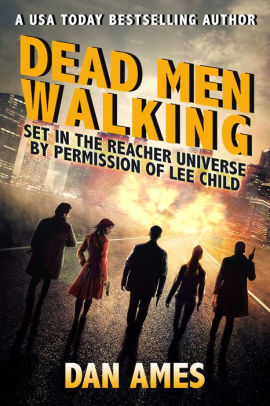 Jack Reacher handpicked a group of the smartest, toughest and most fearless individuals in the Army's 110th MP to form an elite unit which he called "The Special Investigators."

Their motto? "You do not mess with the special investigators."
Those who were reckless or stupid enough to mess with Reacher's unit were labeled "dead men walking."

Now, a deadly conspiracy has forced the special investigators to reunite, in the first book in an explosive new series, set in the Reacher universe by permission of Lee Child.

FROM A USA TODAY BESTSELLING AUTHOR

"This whiplash-inducing novel is filled with deadly intrigue, chilling murders, cold-hearted deceit and a twisting mystery that will keep you guessing to the last page. Hold on tight!" -R. Vuher, Amazon.com

"Exciting and suspenseful. Highly recommended for anyone who likes action-packed, intelligent and pulse-pounding thrillers." -B & N Thrilling Reads
"Razor-sharp, nerve-wracking and wildly engrossing, this thriller is utterly addictive." -FirstReads

"Ames is a sensation among readers who love fast-paced thrillers." -MysteryTribune