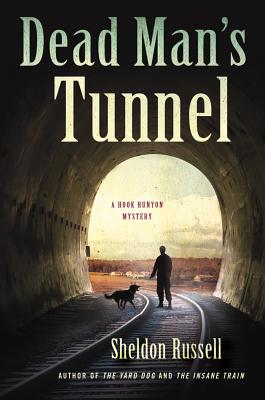 Rail yard detective Hook Runyon has been reduced to rounding up copper thieves at the salvage yard when he's called to investigate a body found on the tracks. The dead man, a sergeant stationed in the remote but critical Johnson Canyon Rail Tunnel, was killed by an onrushing train. Wanting a quick resolution to avoid the chaos of a total railway shutdown, the government sends Lieutenant Allison Capron to help Hook with the case.

In spite of the sergeant's complicated personal life, Hook doesn't believe his death was a suicide or an accident. The truth is even more incredible. But uncovering a twisted track of lies and explosive scientific secrets could send the one-armed yard dog and Lieutenant Capron straight into death's path. Unless Hook can shed light on a killer at the end of the tunnel.