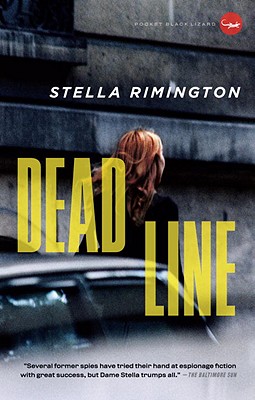 Share:
As plans get under way for a Middle East peace conference at the Gleneagles resort in Scotland, alarming information comes to MI5 from a high-ranking Syrian source: two individuals are mounting an operation to violently disrupt the conference and lay the blame on Syria. No one knows who they are, exactly what they're planning or if they're working independently or being controlled by an unseen foreign hand. But given the stature of the conference attendees -- heads of state from the United States, the United Kingdom, Israel, Syria, Jordan, Lebanon and Iran -- no chances can be taken.

Initially, the leads look promising, but as the conference deadline draws closer and the clues lead Liz to one seeming dead end after another, she begins to understand that the threat is far greater than she or anyone else has imagined. Her most reliable tool has always been her searingly keen intuition -- about what makes people tick, what makes them explode, what makes them defy the most basic constructs of society -- but will it be enough to avert a disaster that may forever erase the possibility of peace in the Middle East?

Once again, Stella Rimington brings her experience as the first woman Director General of MI5 to bear in a powerfully suspenseful, intellectually and psychologically riveting tale about how the war on terrorism can suddenly -- and continually -- reshape our world.