Dead For The Winter — Betsy Thornton 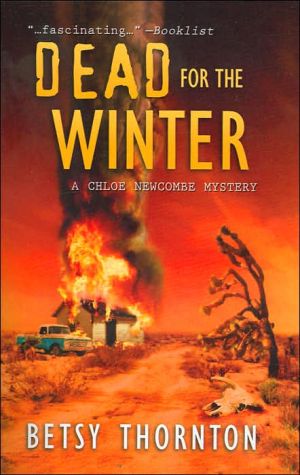 Newly unattached Chloe Newcombe finds herself attracted to Terry Barnett, the carpenter she's hired to build some bookshelves for her home in the small desert community of Old Dudley, Arizona. But her hopes for a fling sink when Terry confesses he's married. He also desperately needs somebody to confide in, but Chloe is not interested. It's a guilt trip that hits her hard when she learns Terry has been murdered.

A victim's advocate for the county, Chloe is assigned to provide assistance to the dead man's wife. Awkward as it might be at first, Chloe discovers Terry's artist wife and she have something in common: they're both suspects in his murder. Determined to get at the truth and clear her name, Chloe struggles to untangle some unsettling family secrets and a twenty-year-old saga of obsession and betrayal that reveals a twisted motive for murder.
Reviews from Goodreads.com