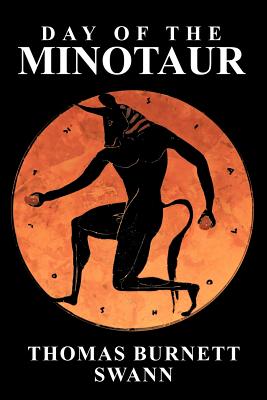 
In DAY OF THE MINOTAUR, modern readers at last have an opportunity to rediscover the imaginative genius of Thomas Burnett Swann, a writer whose works have been compared with the marvel-packed sagas of J.R.R. Tolkien, the sweeping adventure-tales of Mary Renault, and the sheer story-telling magic of Jack Vance and Edgar Rice Burroughs. This is the novel of Eunostos, the last of an ancient and powerful race of bull-men; of the Achaean conqueror Ajax; and of the beautiful Thea, known as the Beast Princess. You will not soon forget these charactes, nor the unusual Bears of Artemis, the treacherous, bee-like creatures called Thriae, and the rest of the humans and non-humans who come to the final battle in the thunderous War of the Beasts. A world of wonder and excitement that will grip your imagination from the first page to the last!