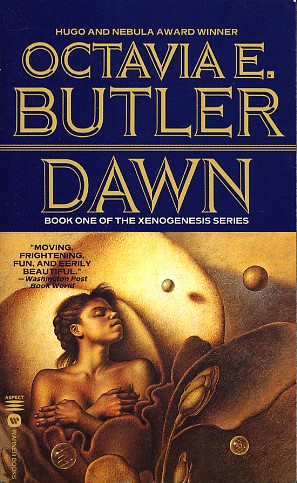 Share:
Lilith Iyapo is in the remote Andes, mourning the death of her husband and son, when nuclear war destroys the world. Centuries later, she revives, held captive aboard a starship.

Miraculously powerful and hideously grotesque galactic beings, the Oankali have rescued the planet and the war's victims out of an irresistible need to heal and a greater need to change all they touch. For the Oankali survive by merging genetically with primitive peoples-- without their permission.

Lilith's children will inherit the Earth and stars. But they will be more--and other--than human.