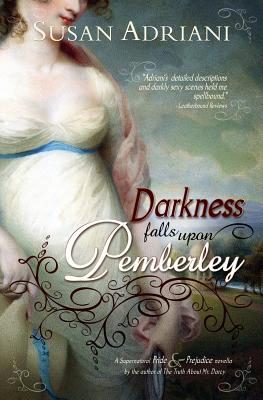 Share:
After an unspeakable tragedy befalls his sister at Ramsgate, Fitzwilliam Darcy of Pemberley finds himself in Hertfordshire. There, he meets the alluring Elizabeth Bennet, whose dark eyes, engaging wit, and intelligent discourse thoroughly enchant him. A taciturn gentleman by nature, Darcy prefers to keep his emotions and desires on a tight rein, especially among strangers; but the degree of power Elizabeth wields over him not only tests his inherent ability to restrain himself, but greatly alarms him. Why does this bewitching slip-of-a-woman render his long-practiced self-control all but useless? Why does her father appear to dislike him so vehemently from the start? And what mysterious secret is her family intent on keeping from him—Mr. Bennet and her elder sister, Jane, especially—aside from Elizabeth’s whereabouts, that is? But Darcy has a secret of his own; a secret he dreads coming to light for fear that Elizabeth will turn from him with horror and revulsion. But learn of it she does, and Darcy is shocked to discover that her reaction isn’t at all what he expected.