Darker Than You Think — Jack Williamson 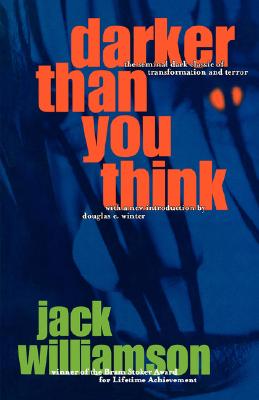 Who is the child of the night? That's what small-town reported Will Barbee must find out. Inexorably drawn into investigating a rash of grisly deaths, he soon finds himself embroiled in something far beyond mortal understanding.

Doggedly pursuing his investigations, he meets the mysterious and seductive April Bell and starts having disturbing, tantalizing dreams in which he does terrible things--things that are stranger and wilder than his worst nightmares. then his friends being dying one by one and he slowly realizes that an unspeakable evil has been unleashed.

As Barbee's world crumbles around him in a dizzying blizzard of madness, the intoxicating, dangerous April pushes Barbee ever closer to the answer to the question "Who is the Child of Night?"

When Barbee finds out, he'll wish he'd never been born.
Reviews from Goodreads.com 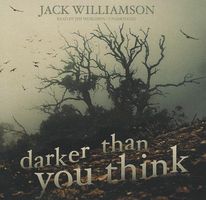 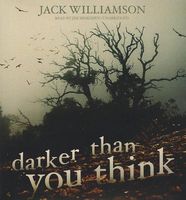