Dark Side of Love — Peggy Bechko 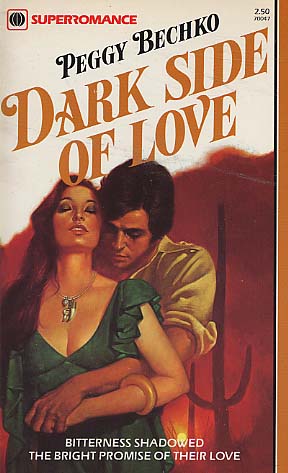 In claiming her inheritance -- a sprawling ranch in a remote part of Mexico -- Sirena knew she'd accepted a challenge. But she was unprepared for the antagonism of the dark, aristocratic Ramon Savedel, the man appointed to advise her.

Ramon: his glittering eyes entranced her; his brooding presence disturbed her, enthralled her; his harsh insinuations wounded her deeply. Though Sirena swore to resist him, she needed his guidance to run the ranch -- and she needed his love.

It was a cruel trick fate had played on her...to find her lifelong dreams so entwined with the threat of heartbreak.