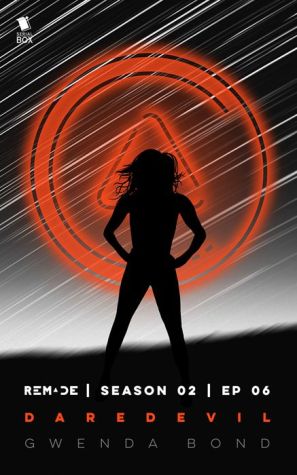 You live. You love. You die. Now RUN.

This is the 6th episode in the second season of ReMade, a 14-episode serial from Serial Box Publishing. This episode was written by Gwenda Bond.

Sunita has always thrived on danger—it was what made her life worth living. And, while she wasn’t exactly a fan of literally running for her life, there’s such a thing as too safe. Oz’s protection is suffocating, and distressingly mandatory. But maybe, if she’s careful, she can outsmart the AI. Maybe she can find a chink in Oz’s armor.

One moment proved fateful for a group of teenagers—and not just because it’s the moment they all happened to die. At the moment of their deaths, they were snatched forward into the future and remade in a world they hardly recognize. Now, after facing murderous robots and an unpredictable environment, the teens have begun to find their footing. But can they survive long enough to figure out why they were remade? And will they ever be able to stop running?
Reviews from Goodreads.com