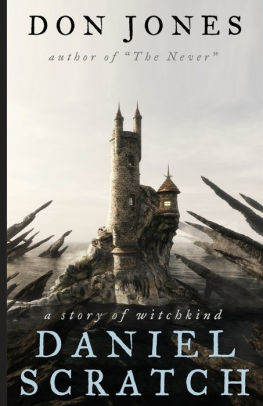 Thirteen year-old Daniel Scratch has been living alone for years since his parents passed, cared for by his home's tiny, elf-like brownies and his somehow-still-living great-great grandmother. But when Grandmother sends him to the village to be Tested, his life turns upside down. He's abandoned on a craggy isle, home to the Tower of Endings, and discovers he's to be the next adherent to the Sixth Axis, one of the most powerful magical forces in the world. He lives in the Tower for years, learning all the basic magics of witchkind along with the great Seven Forms of his Axis. Along the way, learns more than he ever thought possible about his people and their society, and their relationships with the far more-numerous humans of the world. His education culminates with an irreversible Choice, thrusting him into a mystery whose resolution will save all of humanity and witchkind - or doom them all to chaos and oblivion.Adult and teenage fans of thoughtful fantasy will love exploring this beautifully described world of arcane powers. This meditative look at power will engage readers who like their fantasy with a side of philosophy. Great for fans of Ursula K. Le Guin's A Wizard of Earthsea, Neil Gaiman's The Graveyard Book. - BookLife ReviewThis book is delightful! It's tickling my inner nerd somewhere at the intersection of 'Harry Potter,' 'Avatar: The Last Airbender,' and 'Skyrim,' all while being its own unique story and world.This is a delightful story - I can't wait to dive back into this world.
Reviews from Goodreads.com