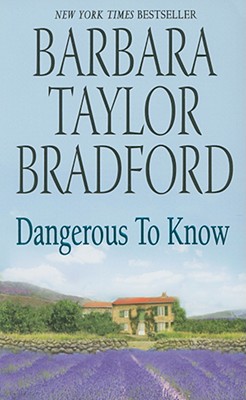 Share:
Sebastian Locke, the fifty-six-year-old patriarch of a powerful American family, is handsome, charismatic and a man of immense charm and intelligence. He is the chairman of the philanthropic Locke Foundation, funded by the bast family fortune built by his forefathers. Committed to relieving the suffering of those in genuine need, Locke travels the globe giving away millions a year to the poor, the sick and the innocent victims of natural disasters and wars. He seems to be a beacon of light in today's darkly violent world.
That is why the police are profoundly baffled when Sebastian Locke is found dead at his country estate under mysterious circumstances. Has he been murdered? And if so, who would have wanted to kill the world's greatest philanthropist? Could such an upstanding man have had enemies?

As in all of her previous bestsellers, Barbara Taylor Bradford engages you from the very first page in this startling new novel. From Connecticut to Provence, Paris, London and Africa, Bradford masterfully steers you through the turbulent emotional gamut of Locke family life -- the love, lust and passion, the ambition, jealousy and pain.