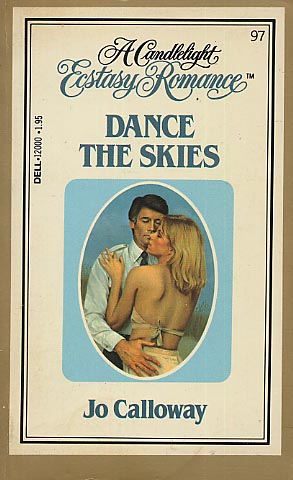 Soon history would record her as the first woman in space: Dr Jill Danbury, who would accompany Col. Jake Whitney to the Venus Space Station in the greatest adventure since Armstrong walked on the moon.

But what they couldn't record were Jill's tumultuous feelings about the man who would take his place beside her on that lonely odyssey... the man whose impassioned embrace had driven her to the outer limits of desire two long years ago. She had tried to forget. But now fate had thrust them together -- and plunged them into the greatest intimacy of all. Together they would explore the unknown space beyond the sky and plumb the depths of her hidden, troubled heart.
Reviews from Goodreads.com