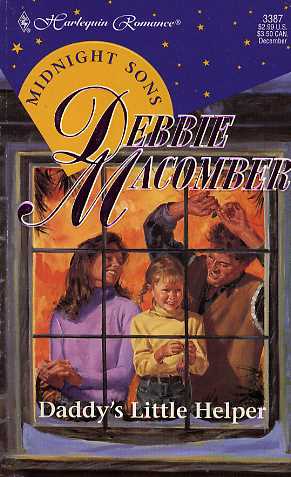 Location: 50 miles north of the Arctic Circle. Population: 150--mostly men--but growing! Because the O'Halloran brothers, who run a bush-plane service called Midnight Sons, are heading a campaign to bring women to Hard Luck.

Mitch Harris--A good friend of the O'Hallorans, he represents law and order in Hard Luck. He's also the widowed father of seven-year-old Chrissie--but he never talks about his marriage to Chrissie's mother.

Bethany Ross--Chrissie's teacher, who's new to Alaska. She's attracted to Mitch--really attracted--but she's come here for an important reason of her own....

As Christmas comes to Hard Luck, Mitch's daughter redoubles her efforts to find a new wife for her dad--and a new mother for her. And she's got Bethany in mind for both roles!