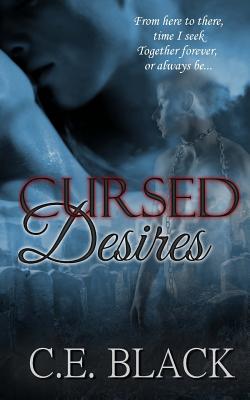 KaraGabe and I had been happily married for seven years. We’d had our ups and downs, but nothing could have prepared us for what happened after a weekend getaway, and a fun tour of one of the oldest cemeteries in Charleston.Something or someone came home with us, and once our mysterious ghost revealed himself, things really got interesting. The heart is definitely big enough for two. Who knew curses could be real?GabeAll I’ve ever wanted was to make my wife happy. We’d had a good seven years together, and I knew we had what it took to make it the long haul.When Kara told me our house was haunted, I thought for sure there was a reasonable explanation. Man, was I wrong. Who knew curses could be real? WilliamMy parent’s and society’s expectations for me were weighing heavily, and I felt leaving was for the best. Only things had not worked out like I thought they would. I found out rather quickly how short life could be.When I saw Kara standing at my grave, the connection had been instantaneous, but I had no idea how real that connection actually was. Who knew curses could be real?Warning: This book contains mature content, including M/F/M, and is not intended for readers under the age of 18.
Reviews from Goodreads.com