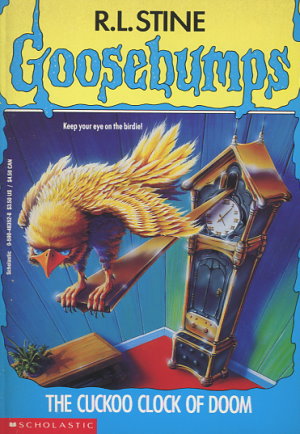 DON'T BEAT THE CLOCK!
Tara the Terrible. That's what Michael Webster calls his bratty little sister. She loves getting Michael in trouble. Making his life miserable. Things couldn't get any worse.

Then Mr. Webster brings home the antique cuckoo clock. It's old. It's expensive. And Mr. Webster won't let anyone touch it.

Poor Michael. He should have listened to his dad.

Because someone put a spell on the clock. A strange spell. A dangerous spell. And now Michael's life will never be the same again....

Reader beware -- you're in for a scare!
Reviews from Goodreads.com