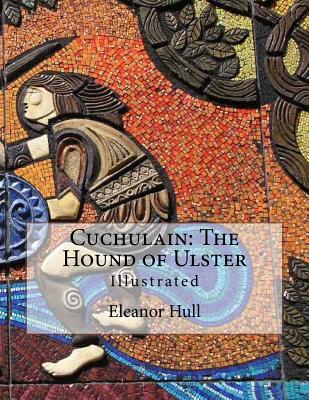 Share:
Cú Chulainn, also spelt Cú Chulaind or Cúchulainn Irish for "Culann's Hound") and sometimes known in English as Cuhullin, is an Irish mythological hero who appears in the stories of the Ulster Cycle, as well as in Scottish and Manx folklore. He is believed to be an incarnation of the god Lugh, who is also his father. His mother is the mortal Deichtine, sister of Conchobar mac Nessa. Born Sétanta, he gained his better-known name as a child, after killing Culann's fierce guard-dog in self-defence and offered to take its place until a replacement could be reared. At the age of seventeen he defended Ulster single-handedly against the armies of queen Medb of Connacht in the famous Táin Bó Cúailnge ("Cattle Raid of Cooley"). It was prophesied that his great deeds would give him everlasting fame, but his life would be a short one. He is known for his terrifying battle frenzy, or ríastrad (translated by Thomas Kinsella as "warp spasm" and by Ciaran Carson as "torque", in which he becomes an unrecognisable monster who knows neither friend nor foe. He fights from his chariot, driven by his loyal charioteer Láeg and drawn by his horses, Liath Macha and Dub Sainglend. In more modern times, Cú Chulainn is often referred to as the "Hound of Ulster". Cú Chulainn shows striking similarities to the legendary Persian hero Rostam, as well as to the Germanic Lay of Hildebrand and the labours of the Greek epic hero Heracles, suggesting a common Indo-European origin, but lacking in linguistic, anthropological and archaeological material.[